In an 11-2 vote, members of Quinte West council voted Monday night to opt in to cannabis sales. Photo by Tahreem Fatima, QNet News

TRENTON – Quinte West council has opted in to the possibility of cannabis sales store in the municipality.

In a recorded vote Monday, council voted 11-2 to join the Ontario communities [2] that have said they would be willing to host cannabis retail outlets should they get an opportunity.

Councillors Terry Cassidy and Don Kuntze were the two who voted against cannabis sales.

“The choice is no choice,” Cassidy said before the vote. “They (the provincial government) say, ‘Opt in or get no (government) money.’ To me, that’s having a gun to our head.”

Cassidy said he also found it strange the province was passing on the revenues it could be making by being a retailer of cannabis itself to the private sector.

“They could make a huge amount of money on that. For a government that wants to cut its costs and wants to balance the budget, how is it they turned down revenue?” he said.

Kuntze said he is not sold on the idea of cannabis retail in Quinte West.

He noted that Ontario doctors continue to issue warnings about the health effects of cannabis and the government-approved website [3] selling cannabis features warnings. 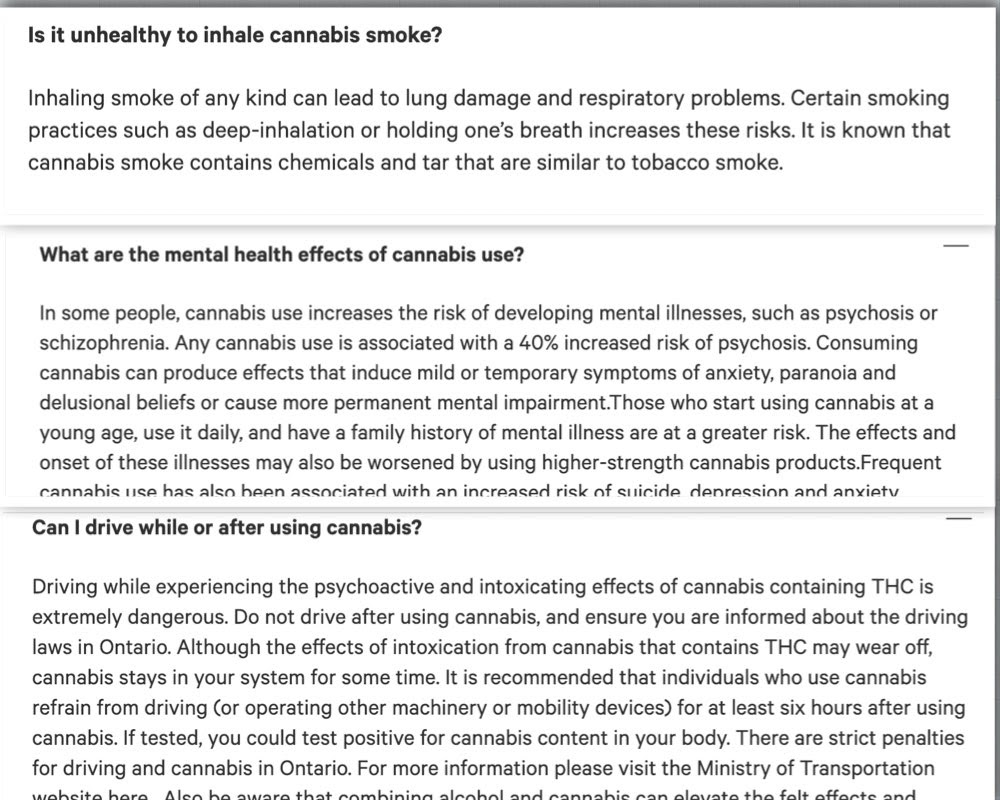 “Read the terms. Read the warnings,”  Kuntze said. “They aren’t willing to take responsibility for what happens if you use too much of their product, or too little, or anything like that. So how safe can it really be?”

But Coun. David O’Neil said it’s better to know about the product being sold and have some control than to have a black market in which the product is unknown operating.

Prior to Monday’s meeting, council had conducted a poll of residents on the issue. Almost 80 per cent of the nearly 1,300 respondents indicated they were open to the idea of retail stores selling recreational cannabis, according to s report to council from city clerk Kevin Heath.

Councillors Leslie Roseblade and Karen Sharpe, who voted in favour of opting in, thanked those who responded to the survey for their input.

Mayor Jim Harrison said after the meeting that he doesn’t think the city will get a retail outlet any time soon.

“I think we are long ways down the list before we see anything here,” he said. “I haven’t anything against it, but I think it should be sold at the liquor stores under controls, the same as everything else that’s consumed by people. But that’s not going to happen.

Due to supply issues, the province will only open 25 retail stores and only in cities with populations of 50,000 people or more. At this point, the province says, it won’t open any more stores until 2020.